Full Name
Patrick Borer
Job Title
Assistant Chief
Company
Lincoln Fire & Rescue, Lincoln, NE
Speaker Bio
Pat began his career began in 1988 as a firefighter. He has received numerous commendations such as a Phoenix Award, Unit Performance Awards, was nominated by the American Legion for the Outstanding Firefighter Award and was a KLKN Firefighter of the Month. In 1996, he was promoted to company officer assigned to Engine 14 and the C-Shift Hazardous Materials Team Captain. While at Station 14 he assumed the duties of the Station House Captain. In 1999, he moved to the Training Division where he was responsible for Incident Command Training and Personnel Development. In 2006, he was promoted to Battalion Chief and assigned to Station 1.

Pat has an Associate Degree of Applied Science in Fire Protection Technology from Southeast Community College, a Bachelor of Science in Education from the University of Nebraska – Lincoln, and a Master of Science in Executive Fire Service Leadership from Grand Canyon University. Pat is a National Fire Academy Executive Fire Officer Program graduate. Pat is a former adjunct faculty member at the University of Nebraska – Omaha and an ICS instructor for Lancaster County and the State of Nebraska. He is a member of the NETF-1 Urban Search and Rescue Team and is assigned as the one of the team’s Task Force Leaders and team Safety Officer.

Pat has served on numerous committees and activities including Chair of the City/County Personnel Board, Water Rescue Team Coordinator, Service Gear Manager, Safety Committee Member, Station Wear Committee Member, Basic Aid Training Instructor and Coordinator, and was also a YMCA Youth Coach Volunteer. Pat serves on the management committee of the Lincoln Northeast YMCA. Pat is a Leadership Lincoln Fellow – class XXVIII. He is currently responsible for the department budget and operations and is the liaison to the Lincoln Police Department and the University of Nebraska – Lincoln. Pat assists in ensuring the department is NIMS compliant.
Speaking At
Facility Report Card – Grade F! 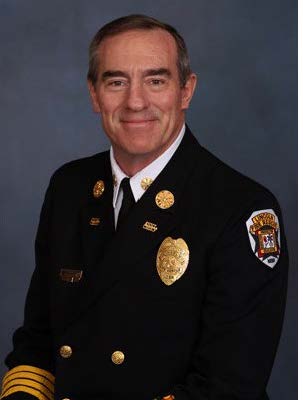